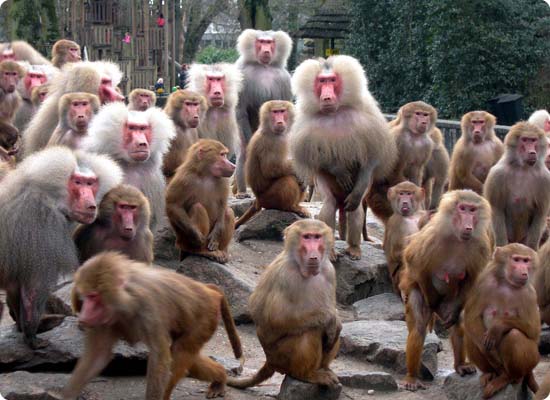 Okay…so for those who don’t read links here is a very quick summary: Monkeys have 50 people in their social group (roughly) because their brains says so.  People’s brains are 3 times larger (roughly) so we have 150 people in our social groups (roughly).  This is our monkey sphere.  We can only handle or keep track of about 150 people total.  This is why we don’t care about the garbage man or the janitor at the gym. It’s not because we’re assholes (usually) but because our monkey sphere is full of other people that we have chosen to remember and connect with (on very degrees of intimacy).

So – I’ve always been a staunch supporter of the monkey sphere as a social theory.  It makes perfect sense to me.  It’s allowed me to say “no” to potential friendships with weirdo’s because my monkey sphere was full.  It’s explained why I’ve had no interested in befriending some of my partner’s friend’s husbands.  I had a full monkey sphere in which I was in control…or so I thought.

I’ve neglected to blog something recently – part of my writing absence – but I was laid off from my job 2 1/2 months ago.  Long time readers may have known that I worked in a faith community that was fairly large.  I’ve worked in faith communities, social service non-profits and arts/culture non-profits my whole life and each of these areas of employment are all “people heavy”.  This has been a great justification for having a monkey sphere concept because there are simply too many people to really get to know.

Once I lost my job though…my monkey sphere was immediately destroyed.  I went from a full sphere to only about 50 people.   After the initial disorientation (about 1 month) I realized a few things:

The monkey sphere is absolutely real folks!  It’s saved my sanity when I felt over whelmed with people and has allowed me to create boundaries and cutting through bullshit “fake” friendship (I was able to completely write off having to care about people’s dead cat’s and whether they offended their great aunt Eunice with their Facebook comments).

I’ve experienced the power of the monkey sphere on both ends…it is 100% real and accurate.  I never want to have a full sphere again.  I love filling it up as I choose and having the extra emotional/psychic energy to actually engage those who have already found a home in my monkey sphere.